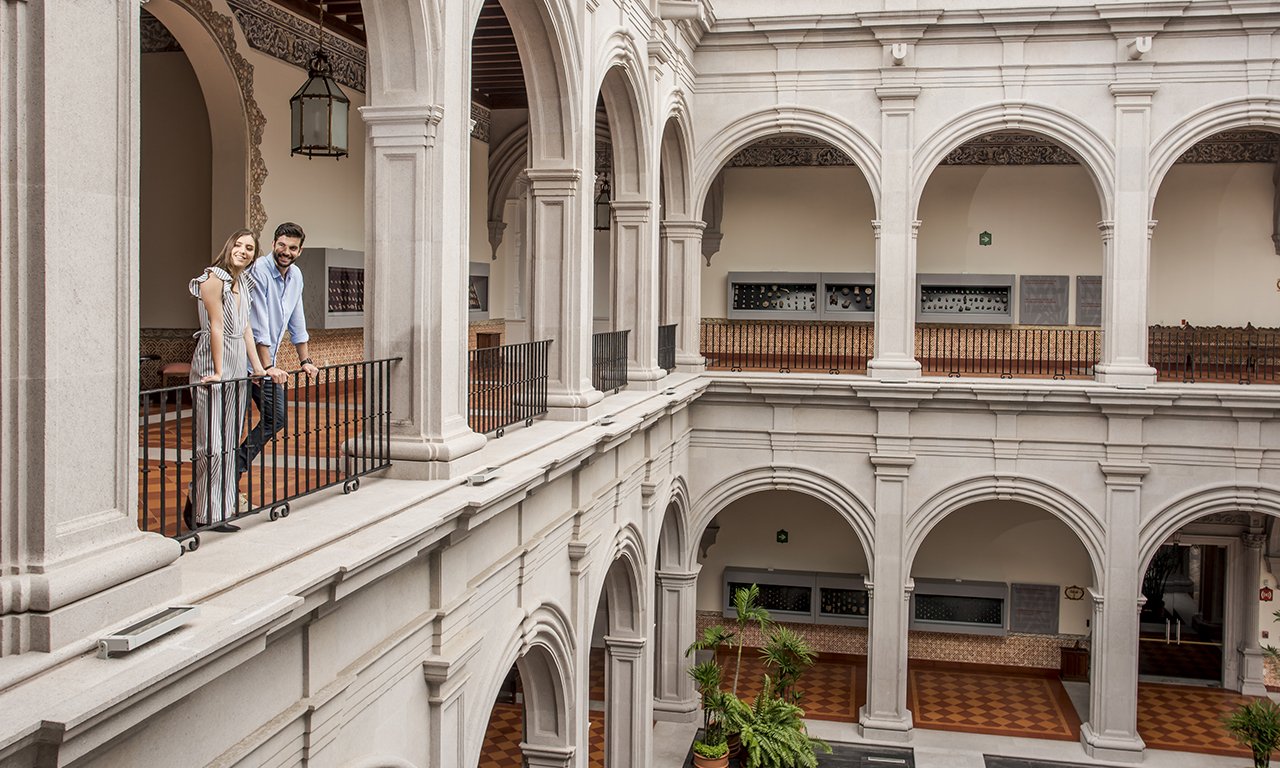 Juan Beckmann Gallardo´s Cultural Center® has two major exhibitions. One is an interesting assortment of Pre-Hispanic pieces, provided by the archeologist, Alexander Wuthernau, and the other one is a vast collection of: ridding saddles, “Charro” suits, perfectly preserved carriages focused on the equine history in The New Spain and the history of The Mexican “Charreria”.

Equipped with the latest multimedia technology, Juan Beckmann Gallardo´s Cultural Center® unites both tradition and modernity to create a brand-new cultural . Another gorgeous exhibition is called: “Grandes Maestros del Arte Popular Mexicano” (Grand Masters of The Mexican Popular Art) and is composed by more than 500 pieces from all Mexico. Undoubtedly, classic and contemporary art can be enjoyed inside this cultural center.

Roberto Delgado, general director of Mundo Cuervo®, expressed that Juan Beckmann Gallardo´s Cultural Center® main purpose is to rescue the greatness of the Mexican-heritage. After three years of construction and an investment of 227 million pesos in workforce and equipment, the goal was almost achieved.

And this December, finally after all these efforts, the first stone of the Placido´s Domingo theater was unveiled. Planned to be inaugurated in 2020, this theater will be able to provide seating for more than 1,100 people and will be seedbed for talent discovered and sponsored by Fundación Beckmann (Beckmann´s Foundation).

Beyond discovering all the secrets behind Tequila, the emblematic blue-agave beverage, you can also be delighted by Juan Beckmann Gallardo´s Cultural Center® and fall in love again with the Mexican Culture and its people during your next vacations to Tequila, Jalisco.